If you have a serious hankering for some delicious curry but find yourself short of, Coconut Milk, don’t despair try these other substitutes that will work well in place of coconut milk in any curry:

Now keep on reading to learn how to correctly use these substitutes to get the taste as close as possible just as if you were using regular coconut milk.

To use Coconut Cream as a substitute for Coconut Milk it should be mixed with water. You should get 2 tbsp. of coconut cream and three quarters of a cup of water. If you want lighter coconut milk, simply add as much water as you would like and mix until you have a smooth consistency.

Do not confuse coconut cream for cream of coconut. Cream of Coconut is a mix of coconut cream and sugar which makes it is very sweet and more suited for desserts rather than curries.

If you are having trouble finding canned coconut milk but find its powdered form, it can be used as a substitute.

To make coconut milk from the shredded flakes take 1 1/2 unsweetened coconut shreds/ flakes and 4 cups of warm water. Place in a blender and blend for 2 minutes. Strain using a cheese cloth in a clean container.

Use as required in the recipe and refrigerate any remainder.

If you’re lucky to live somewhere where you can easily find coconuts then you’ll know how easy and healthy it is to make your own coconut milk using freshly shredded coconut flakes. Just in case you have a fresh coconut but are not sure how to make the milk you can click here to see a video.

If you happen to have a fresh coconut, don’t confuse coconut milk for coconut water, they are different things, the Coconut Water is the clear liquid within a young coconut that you get when you open a coconut.

You can use unflavored Greek yogurt in place of coconut milk to your curry as it adds creaminess and body much like coconut milk does in curry.

However Greek yogurt is a little tangier than coconut milk, so keep this in mind when deciding how much water you should add to thin the yogurt.

Heavy Cream adds a richness and creaminess that works well in any curry, as a substitute for coconut milk, but the consistency of the heavy cream is too thick compared to coconut milk, so it must be diluted with water to mimic that of coconut milk.

But remember that the flavor of sour cream is more distinct and tart than that of Greek Yogurt or Heavy Cream so use it moderately until you get the desired flavor and consistency. This too may be diluted with water to lessen the potent flavor.

Cashew cream is a thick creamy paste made from soaked cashews. It has a smoother, creamier texture than other types of nut milk and mimics the consistency of cow’s milk. It’s naturally low in calories and protein but packs more fat than most plant-based milks plus it is easy to make and delicious.

You can use cashew cream instead of coconut milk as it is just as creamy as coconut milk.

You can swap cashew milk in at a 1:1 ratio in most recipes.

If you’re in a pinch and need to add some richness to your curry, regular milk can work as an alternative to coconut milk. Higher fat milk tends to work better in the curry as it will be better able to imitate the consistency of the coconut milk.

However, milk has a thinner consistency so less milk will be needed as called for by the recipe.  If you like a coconut flavor, you can add a little coconut oil.

Powdered milk can also be used in curries instead of coconut milk.

Soy milk is another dairy free option that can replace coconut milk.

But Soy milk is much thinner than coconut milk so to thicken the consistency, you can try adding 1 tsp corn starch to the soy milk and if you love the flavor of coconut try adding a tbsp. of coconut oil to the mixture.

Oat milk also has the same problem as that of the other non-dairy options above, being too thin in consistency and lacking the same richness in flavor.

However, these non-dairy options are widely available and can be found in most people’s homes. To correct the problems with consistency and flavor try mixing in cornstarch before adding it to the curry and adding coconut oil for richness would be our recommendations.

Evaporated milk is an excellent substitute for coconut milk in curries or creamy dishes and can be used at a 1:1 ratio. But remember the flavor of this milk will be different than that of coconut milk so you might want to consider adding a splash of coconut oil for that coconut flavor

Now if you don’t have any of the other options above, water maybe your only option just add a little at a time until your curry reaches the consistency you want.

Alternatively, you can add some coconut oil and additional spices for flavor. For some thickness to your curry, try adding a tbsp. of butter for a velvety curry. However, be warned that without the creaminess of a milk option the flavor will be different. 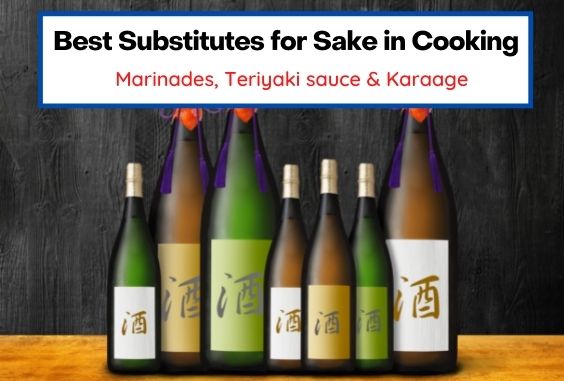 Sake or rice wine is a fermented rice liquor and is a key ingredient in many Japanese recipes. It is made from polished rice which means that the rice has had… Sweet potatoes are a superfood and are loaded with lots of essential nutrients, including lots of Vitamin A, B6 &C. They are a tuber/root vegetable and generally have a mild to… Nothing beats a burger cooked to perfection. That’s why in this article, we will share all the important tricks and tips to correctly cook your frozen burger patty. So that your… Mayonnaise is one of those ingredients that you either love or hate. It has a thick creamy texture and tangy taste, that works well as a condiment or binder in many…