You see sushi is best consumed within minutes of being made, and cannot be stored long term. This is because it is not freezer friendly, so we would advise that you take your time in deciding how much sushi you should make or purchase so as to minimize leftovers.

But if you’ve accidentally made or bought too much Sushi, don’t despair, your sushi won’t be wasted if it is stored properly. This article will guide you on storing the leftover sushi well so it lasts for the next day and won’t be wasted.

However, I should warn you that storing Sushi requires a fair amount of preparation.

How Long Does Sushi Lasts in the Refrigerator

Generally, the time that sushi lasts in the refrigerator is dependent on the ingredients used, and on the temperature. Some spoil faster, others more slowly.

So as a rule of thumb for maximum freshness and quality sushi is best enjoyed within 24 hours from when it is made to being placed in the refrigerator.

Once you have opened the packaged store bought sushi, you must repack the sushi by wrapping every individual sushi in plastic wrap tightly together before placing it into an airtight container in the refrigerator. Check the sell-by date and Don’t eat sushi after that point in time. Period!

Most prepackaged grocery store sushi has a 2-3 day shelf life. This is because the rice for these rolls are over-saturated with sushi rice dressing to compensate for the drying out of the rice. Also, extra preservatives and corn syrup are often also added to the rice.

If you are buying store-bought packaged sushi it is required by the FDA to be refrigerated. If it’s not in the refrigerated section of your supermarket, don’t buy it.

How to Store Homemade Sushi Overnight or for 24 hours

Fresh homemade sushi can be stored for 24 hours in the refrigerator.

To do this, you must:

While some people might want to store their sushi for a period longer than 24 hours in the refrigerator, we don’t advise that since the quality of sushi deteriorates after this period since:

If the seafood is cooked, it can be eaten for a day or two beyond the 24 hours, but the quality decreases quickly with each day mostly due to the rice losing moisture and becoming hard.

How to Store Home-Made Sushi for a few hours

If you have made fresh homemade sushi but not planning on eating it right away it needs to be placed in the refrigerator to prevent the growth of bacteria. Your sushi should only be left out for a minimum of 4 hours at room temperature where it will be exposed to varying temperatures or air.

Store your sushi for a couple of hours by placing the sushi directly in the refrigerator at temperatures between 13 degrees Celsius (55F) and 18 degrees Celsius (64F). Or by keeping it in a chilled display cabinet if you have one. There is no need to wrap the sushi individually.

If your sushi is left for period longer than 4 hours bacteria will begin to form on the rice. If rice is left at room temperature for eight hours or more a bacteria called Bacillus cereus will grow in it, which can make you sick.

Sushi, however is supposed to be eaten at room temperature when you are ready to eat your sushi take it out of the refrigerator and allow it to come to room temperature half an hour before using.

If you’ve made homemade sushi and would like to store the leftovers overnight at its best quality. You must make sure that your sushi has been prepared properly so that it will maintain good quality and remain fresh in the refrigerator. To do this you must:

How to Know if your Sushi Has Gone Bad

If your sushi tastes or smells strange you should definitely discard it. Or if you see any signs of mold discard it without thinking. 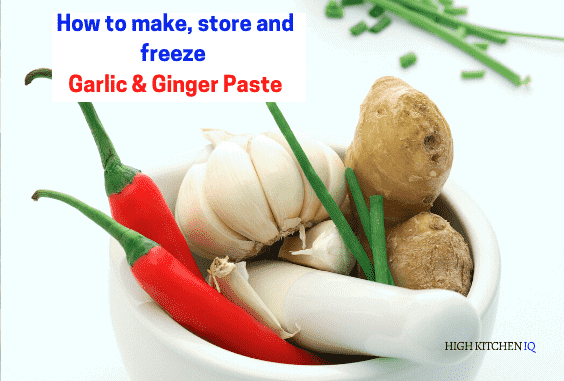 Garlic Ginger Paste is a blend of natural earthy seasonings used to intensify the flavor of any dish. This blend is usually needed for a lot of Asian recipes, particularly in… 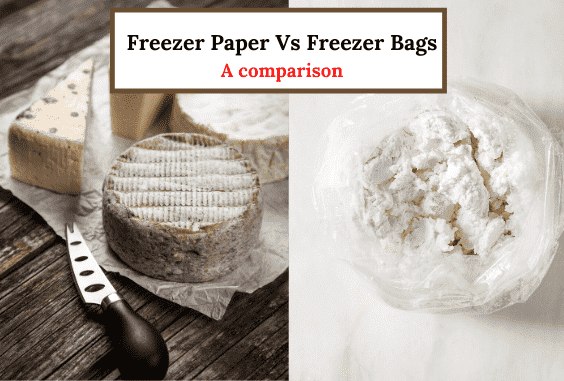 There are many options on the market when it comes to freezer storage, and choosing the right one can be very confusing. But to store your food in the freezer so… It is important to know how to store turmeric properly, especially if you often buy it in bulk and would like for it to last a long time and still be… Freezer Paper is perfect to use for storing almost any variety of meats. It is cheap, easy to use and if used properly can help your meat last longer in the… Now because of how delicate the texture of Macaron’s cookie shells and crust are, it is important to know how to properly store them after baking. And how to protect them…