Sake or rice wine is a fermented rice liquor and is a key ingredient in many Japanese recipes. It is made from polished rice which means that the rice has had its bran removed, giving sake a water-like clarity.

There are two types of Sake:

Now if you need to use Sake for a recipe and you don’t have any, then you have come to the right place. In this article, I am gonna share with you a list of substitutes for Sake that you can use.

I will also give you the precise measurements for how each of these substitutes can be used to seamlessly recreate the flavor of sake for each of these dishes: Marinades, Teriyaki sauce, and Karaage.

Best Substitutes for Sake in Marinades are:

Best Substitutes for Sake in Teriyaki Sauce are:

Best Substitutes for Sake in Karaage are:

Best Substitutes for Sake in Marinades

Sake is important when used in marinades because it tenderizes the meat as well as enhances the other flavors. But if you don’t have sake these are your alternatives:

Mirin is similar to sake in terms of flavor, but it has more sugar and less alcohol. Mirin has 14% alcohol while sake has 20%.

An advantage of using Mirin is that it is readily available at any supermarket since it is a common ingredient used for glazing and seasoning.

It should be noted that there are different types of mirin. But we recommend using Hon-mirin as a substitute for Sake in marinades. Hon-mirin is also referred to as “real” mirin and contains around 14% alcohol. Other types of mirin don’t contain as much alcohol.

How to Use Mirin instead of Sake For Marinades

Depending on the recipe, the same amount of mirin can be used in a marinade instead of cooking sake.

However, when substituting Mirin for Sake in a recipe that has both Sake and sugar as ingredients you should minimize or eliminate the amount of sugar that the recipe calls for.

This is due to the difference in sweetness that mirin has compared to Sake.

Chinese Shaoxing wine commonly called Chinese cooking wine is an ideal substitute for Sake in marinades. Since both of these wines have many similarities including:

Chinese shiaoxing wine is a key ingredient in many Chinese dishes and can be found at Asian markets and the Asian-food section of major grocery stores.

How to use Chinese Shiaoxing Wine instead of Sake for Marinades

Chinese Shiaoxing Wine can be substituted in equal proportion to the amount of sake called for in a recipe to marinate your meat or vegetables.

Cooking sherry is another option you can use in marinades if you don’t have sake. Despite grapes being used to make sherry, it has a nutty and slightly sweet flavor which makes it a great Sake substitute.

However, Cooking sherry has an alcohol content of 10% which is less than sake. This may affect the taste of the marinade slightly.

How to Use Cooking Sherry Instead of Sake for Marinades

The flavor of sherry is a bit stronger than sake, but it’s close so you can use it as a 1:1 replacement.

You can also use sweet sherry if that’s all you have to hand. But the marinade will be distinctly different. So if the recipe already uses sugar or other sweetening ingredients, simply use less of it and make up the difference with your sweet sherry.

Water may seem surprising as a substitute for Sake since it’s obvious that water does not have a similar flavor to Sake.

But the reason why it’s on this list is that water can help with the consistency of a marinade and is a non-alcoholic solution in a pinch.

The water in the marinade will ensure that your meat or vegetables are well-coated with the sauce and able to absorb the other flavors that make up the teriyaki.

How to use Water Instead of Sake Marinades

To create a marinade that has a similar consistency, add the same amount of water in exchange for the sake called for in the recipe.

White grape juice is another substitute for Sake that is non-alcoholic. This juice is made from the green skin of grapes, it has a high level of Vitamin C. The grape juice helps to add a level of flavor like sake.

The lemon zest provides a little tang and cuts away the sweetness of the grape juice.

Sake is one of the four key ingredients in Teriyaki sauce. Sake adds a layer of depth, flavor, and body to any teriyaki sauce.

But if you don’t have sake this flavor can be replicated by using the ingredients below in any teriyaki sauce with a few adjustments to the recipe.

How to use Mirin instead of Sake in Teriyaki Sauce

Since the flavors of sake and mirin are so similar, you can use the mirin as an alternative for Sake in the same amounts as required by the teriyaki recipe.

However, it is important to note that mirin is sweeter than Sake so you have to scale down the amount of sugar in the recipe to match the desired flavor of the teriyaki sauce.

Grapes are used to producing sherry, but it has a flavor profile close to sake which makes it a great replacement. There are different types of sherry but I recommend that you use sweet sherry and dry sherry in place of sake in teriyaki sauce.

Sweet sherry has a sweeter flavor than sake but can still be substituted in equal proportion to the amount of sake called for in a teriyaki recipe. However, you may need to lessen any additional added sugar when substituting with sweet sherry.

Dry sherry can also be used as a substitute for Sake in teriyaki sauces. Dry sherry typically, has a sharp flavor, with a scent of apple cider and a very dry finish. The flavor is a bit stronger than sake, but it’s close. Use it as a 1:1 replacement.

Dry white wine has a very similar flavor profile to that of sake, though sake may be slightly stronger. Use a dry white wine as a 1:1 replacement for Sake in teriyaki sauce.

Rice wine vinegar is a non-alcoholic option for Sake. However, Sake and rice wine share a core flavor, but the flavor in the rice wine is massively intensified.

To create a proxy for Sake in a teriyaki sauce you’ll need to dilute 1 part rice wine to 3 parts water. You will also need to add extra sweetener to overcome any sour flavor that the extra vinegar may have. Doing this should get you close to the flavor of the sake.

Chinese Shiaoxing Wine can be substituted in equal proportion to the amount of sake called for in a teriyaki recipe.

Best Substitute for sake in Karaage

Karaage is a technique in which meat mostly chicken is deep-fried in oil. The food is marinated prior to frying in a mixture that includes sake.

The role of sake in Karaage is to; create the taste of umami, tenderize the meat, add flavor, and counteract any gamy quality.

Now if you don’t have sake some of the substitutes below also work well in any Karaage mixture.

1. Sherry is often recommended as an alternative for Sake in karaage. Dry sherry works best instead of sake for any karaage recipe and can be substituted in equal amounts as sake as well.

2. Mirin can also be used instead of sake in karaage though it may add a sweeter taste to the marinade mixture. So you may want to dilute it with a bit of water.

3. Chinese Shiaoxing Wine has a similar flavor to sake and may be used as a 1:1 ratio to sake in karaage.

4. Chicken Stock and a pinch of sugar can be used as a non-alcoholic alternative to sake in karaage. While the flavor profile will be different without the sake, the karaage will still be delicious.

5. Dashi is a family of stocks used in Japanese cuisine. Dashi plus a pinch of sugar can be used in karaage as a proxy for Sake.

Dashi stocks will not replicate the flavors of sake but will add to the overall flavor profile and the addition of sugar will compensate for the sweetness that the sake would have added.

Recommendations for Substitutes for Sake

Chinese Shiaoxing Cooking Wine is the best Chinese wine that can be used as an alternative to Sake. You can click here to see the price for a bottle on Amazon.

You can click here to see the price for a bottle of Mirin on Amazon. There is nothing more comforting than a warm cup of chocolate milk on a cold day or night. Chocolate powder drinks are a delicious yet quick and easy choice to satisfy… 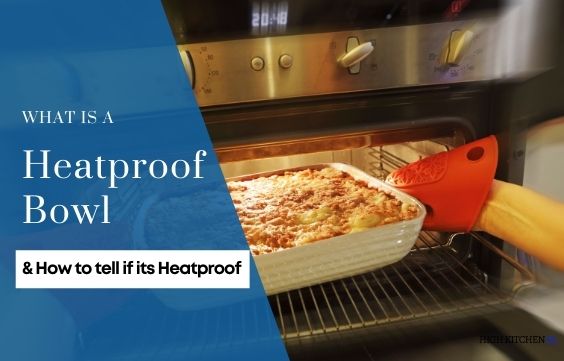 Bowls are kitchen utensils that we use for everything you can think of: mixing ingredients, tossing salads, serving, even right down to actual baking and cooking. Having good sturdy heatproof bowls… 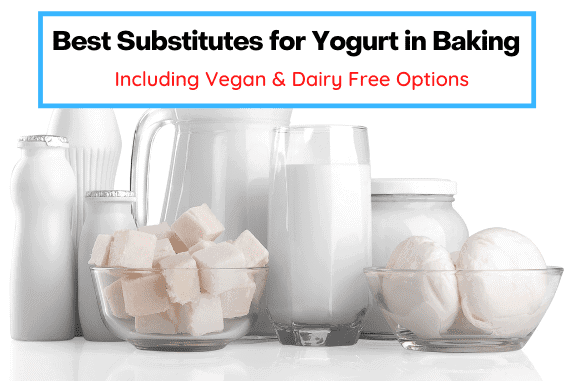 Yogurt is used in baked goods to add a creamy, tangy flavor profile whilst helping to create a moist texture. It also helps in activating the baking soda, which makes baked…